The results are in; C3Nano Inc., a team from Stanford University, has won a competition amongst peers, the coveted MIT Clean Energy Prize. Barely three years old, the competition has brought some of the brightest minds from around the world, working with their respective teams, for a single common objective: becoming pioneers in the advancement of (relatively) clean energy. 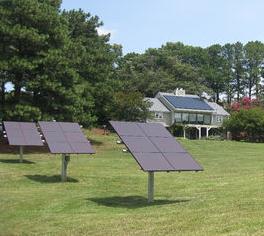 A good idea isn’t enough to change the world, a good idea backed by significant capital and popular support is. The people behind the competition and the participants are well-aware of this reality, leading to the high turn-out of academics with futuristic ideas. And that’s where the competition comes in; the winning team earns $200,000, but more importantly, their idea gains wide recognition beyond the scholarly circle resulting in sponsorships from established organizations.

Before you know it, what started off as an idea with merit but without support, becomes a viable commercial operation. As Melburne LeMieux, Chief Science Officer of the organization puts it, “winning this competition literally enables us to take the next step towards moving this important technology out of the laboratory and into the marketplace.”

So what exactly did these chemical engineering students accomplish that made them stand out from amongst 60 other promising teams from 35 other prestigious universities? The development of a very particular electrode, a transparent carbon nano-based electrode, one that increases the potential efficiency of solar panels already on the market by as much as 12%. But their development has applications beyond just green energy, the same technology can be employed by developers of technologies that have electronic displays (TVs, hand-held video games, cell phones, GPS’, etc.) in general as a lower cost, improved performance alternative. This dual-purpose nature of the product expands its market potential and consequentially, the future potential of these environmentally motivated visionaries to even greater accomplishments in the foreseeable future.