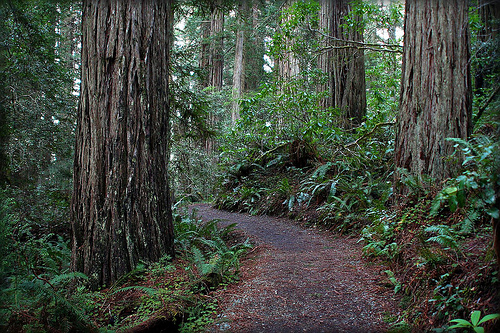 Last Thursday evening I attended the public lecture “Climate, Forests and Future: A View from Treeline” by Dr. Dave Peterson – forest service scientist, professor and co-nobel prize winner.  He spoke at the University of Washington as a part of the School of Forest Resources and the College of the Environment lecture series, Sustaining our Northwest World.

Initially his talk focused on the ecological aspects of the local climate change impacts in the Pacific Northwest, such as a projected increase in mountain pine beetle population that has already caused havoc in British Columbia. The beetle infestation will result in an increase in surface fuel and eventual forest fires. Washington, Oregon and Idaho forests are already beginning to see these effects of climate change.

Dr. Peterson continued on to discuss two topics that particularly caught my interest, the first being how exactly to prepare and respond to the effects of a climate change that we are already experiencing? Because essentially, that is the point we have reached. We are already seeing and experiencing the local effects of increased green house gases in our atmosphere. Now, we need to recognize this and begin to focus on how best to react to those changes, effectively. It’s no longer a question of if… it’s a question of when and how.

He outlined a number of actions that every policy maker and environmental manager should take to heart at this point, particularly those in the forest service though they are applicable across the board. [ad name=”Go-RT-Large Square”]

1. Focus on increasing and maintaining biodiversity and genetic variability. This makes for stonger, more resiliant ecosystems that are more self renewing, capable of recovering from and surviving damage that may be brought on by climate change.

2. Plan for the things we can plan for. Rather than reacting in response to each and every crisis as it comes, know that certain things will be effected in certain ways and prepare for those changes, financially as well as ecologically.

3. The logical follow up to that is the need for early detection of and rapid response to the issues as they appear. Too often resources, both environmental and economical, are unnecessarily lost to the too late action of unready planners. Like the plan for things we can plan for task, early detection and rapid response is the needed reversal of crisis-to-crisis, panic management.

4. Next, we need to manage for realistic outcomes. Know what we can and cannot influence. Don’t bet on the long-shots. But at the same time, don’t give up simply because things look overwhelming.

5. Incorporate climate change into restoration practices. Prepare for future climate scenarios and recognize the need to move forward rather than waste time wringing our hands in despair.

7. And last, but far from least, we need to be able to anticipate surprises, because they are unavoidable and there will be many.

These tasks may seem simple, but they are sound. This steady, conscious response to climate changed ecosystems is the only way we can keep our collective heads above water as the tide comes in over the coming years.

The second topic of Dr. Peterson’s talk that caught my interest was the actual interaction between climate scientists and policy makers. To be continued in Seeing the Forest for the Trees (Part II).