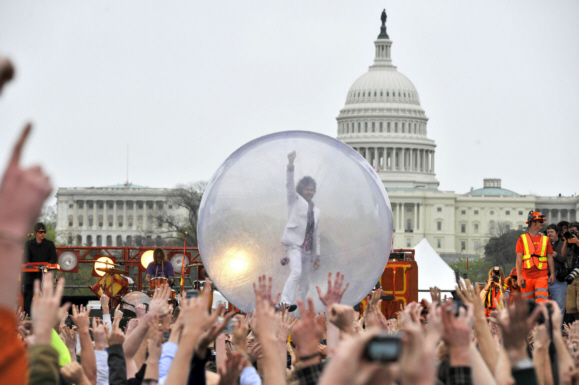 It’s April, and that means Earth Day is almost here.  The Environmental Protection agency (EPA) is urging people everywhere to become involved in this years Earth Day celebrations, whether that be through volunteering or tak

ing part in an event in your area. The EPA has set up a decent listing of events by area, so check it out and see what’s happening near you for Earth Day. You can also take place in the “It’s My Environment” Video Project. You have until April 15th at midnight to submit a 10-15 second clip of you doing something for the environment and passing the “It’s My Environment” sign across the screen. Learn more here on the EPAs website.

Also for Earth Day, PBS will be airing their feature-length documentary Earth Days which tells the story of nine environmentally conscious individuals and the history of the environmental movement. It tells about the scientific developments of the 1950’s that led to the understanding of how human technology affected the Earth. It also shares the story of the very first Earth Day when 20 million Americans participated in celebrations and demonstrations. It airs on April 19th in preparation for Earth Day 2010.

If you’re going to be anywhere near Washington D.C. on April 25th, be sure to head to the National Mall for the Climate Rally that will be taking place from noon till 7pm. Supporters are hoping to pressure the United States into getting on board with climate change and enacting environmental policy.

Check out Earthday.net for a large list of Earth Day campaigns around the country or start your own. It’s a great way to become involved in a good cause this Earth Day. Sign the Earth Day 2010 Climate Declaration to push for climate policy, green jobs, and clean energy. You can also add your comments online!

This year Earth Day will celebrate its 40th birthday. Earth Day began as a call to action for environmental causes after a series of environmental problems came to light. These included the effects of the industrial age, the 1969 oil spill on California’s coast, and the connection of several environmental toxins to birth defects. It began as a national holiday in 1970, the same year the Environmental Protection Agency (EPA) came into existence.

We would love to say that Earth Day has put an end to all environmental problems and that our lifestyle is completely sustainable but, unfortunately, some of the worst environmental problems have happened in the past 40 years. This doesn’t mean it’s time to give up: far from it. We’ve made leaps and bounds in technology that helps us become less dependent on fossil fuels. We’ve raised awareness for the Earth and the problems that need solutions. We’re making a difference, but it’s time to step it up a notch. Use this Earth Day to enroll in green energy credits with your utility provider, or commit to never using a disposable container in your home, or bike to work for half the week, or write to your local politicians. Whatever you choose, commit to it. Make a resolution for the Earth.