Statistically, those of us seeking a truly green job that allows us to finish our job every day feeling like we did something worthwhile and beneficial, are probably justified in feeling we’re facing mountain-sized odds for finding said job.  There’s just not that many of these green employers.  And, with the ever expanding degrees in sustainability we, green-ies-searching-for-green-jobs, are multiplying.  Now don’t get me wrong, that’s a good thing.  A really good thing.  But, it does up the competition for those all-too-few priceless green jobs.

However!  We also happen to live in a very exciting time in which it’s possible to network and make connections and promote oneself (without even having to brag and boast obnoxiously) like never before.  The advent of Blogs, Facebook, Twitter, Linked In, Yelp, FourSquare, you name it, all these social media platforms are just begging to be used to introduce you to your potential boss and to paint the most well-rounded, green fanatic portrait of yourself as possible.  And, as I said, it’s much less obtrusive to go about looking a certain way to an employer when you don’t have to necessarily shove it in their faces in a resume and interview.  Because, really when it comes down to it, all they know in that scenario is that you’re Joe from the street and you think you might kinda like to work for them.  But, who really knows when it’s all in response to a three sentence online job description? 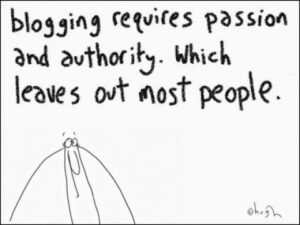 So, if you’re desperate to find that green job you’ve been dreaming of, I highly, highly recommend that you, once and for all, jump on the social media bandwagon and start tweeting and commenting your way in.  Here’s what I mean: get to know the part of the green world that interests you in every facet possible. Make friends with the bloggers at the company of your dream.  Follow their Twitter account, tweet them and re-tweet the stuff that catches your eye.  Leave valuable, insightful, helpful commentary.  Like ‘em on Facebook and be actively involved in their posts with feedback.  And then, start building up your own online persona.  Don’t just do the stuff to impress one company, because anyone can see right through that, and the goal here is not to just be the guy who can fake being the best candidate, you really do want to be the best candidate.  You just want to take that a step further and use social media to show the world that you honestly are active.

Consider writing your own blog.  Post your own relevant and interesting tweets and updates.  Go “check in” via Yelp and FourSquare at your local sustainable farmers markets or the new all-out organic, wind powered restaurant that just opened.   And then go a step further and write a solid review.  It might seem simple and it might seem like it has no connection to getting a job, but it really does.  Employers are being flooded by unheard of numbers of applicants right now.  And, they’ve got to weed between the 100 or so that really genuinely appear to be good on paper.  That’s where you have to have the next level.  If your life actions (as demonstrated and shown through the world of social media) go that extra measure to show that your life truly is, 100% dedicated to the green lifestyle, then you have a major leg up on the other 99 competitors.

Don’t believe me?  Consider this:  I recently read a blog post about a woman who had placed an ad to hire for one specific job.  She received, amongst the plethora of resumes, the resume of one particular woman with a name she recognized (we’ll call her Jane).  Jane had already been  active in their blogs and on their Twitter feed, and had already made a name for herself in the company with her contributions via social media.  The hiring manager was so excited to see the Jane’s name amongst the pile that even though she didn’t feel the particular job she was hiring for was right for Jane, she went out of her way and found a different job and offered that one to her.  Bottom line: never underestimate the power of making yourself a presence somewhere.

If you’re in need of a green job, I’d say go start by getting involved online.  Start tweeting, start being influential where others can see it and start becoming a common name in the company you dream of 24-7.  You never know, it might catch their eye or it might even catch the eye of another employer you haven’t even considered but would enjoy just as much or maybe even more.