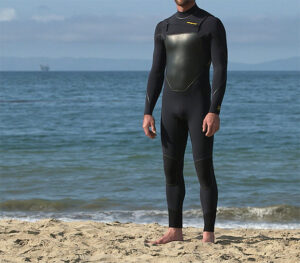 This article (originally posted in 2009) was focused on a product called NeoGreene. While it appears the company producing this greener version of neoprene has since disappeared, it only seems fitting to refocus on other strides in eco-friendly neoprene alternatives.

Patagonia has expanded their line into a product called Yulex. Sourced from natural rubber that is Forest Stewardship Council® certified by the Rainforest Alliance, they replace the traditionally petroleum-based material with a plant-based insulating material. Natural rubber boasts many superior properties over synthetic rubber, in fact in situations where performance is crucial (condoms, surgeon gloves, airplane tires), natural rubber is king. 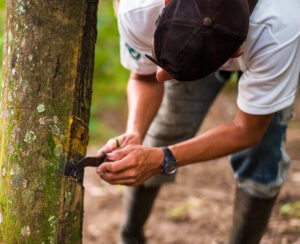 Producing Yulex reduces CO2 emissions by an astounding 80% over energy-intensive traditional neoprene, not to mention the benefits of a responsibly managed forest to source from.

In some ways, it’s about time.

Largely unchanged from the 1950’s (which is an eternity in material science for the fashion industry), Duprene was developed in 1930 by DuPont from crude oil. Rebranded in 1936 as Neoprene, it was first sewn into wetsuits in the early 1950’s and quickly adopted by divers and water-loving sportsman.

(Original Article)
As an avid SCUBA Diver, Surfer and water sports guy, (a few) neoprene wetsuits are a standard for myself, and anyone living above or below the equator.

Neoprene is not the most eco-friendly material out there, even so called ‘green’ neoprene. All neoprene is made from a petroleum or limestone derivative, therefore each suit is a product of either mining or drilling.

It’s not just the neoprene itself that can be environmentally harmful. Very effective as a chemical-resistant material, it is very difficult to adhere and form into products (which is why you commonly see it stitched at seams to hold better). The adhesives used are very toxic and can include VOCs (Volatile Organic Compounds), toluene, formaldehyde and more.

Now a company called GreenSmart has introduced Neogreen, a neoprene-like material made with a water-based chemistry allowing for less toxic adhesives to be used. Currently it is only available for items such as laptop sleeves and bottle cases, but maybe it will someday make its way to wetsuits.

GreenSmart has abandoned the chloroprene chemistry of neoprene entirely and developed a material with all the attributes without the hazards, We call it Neogreene. It is water-based chemistry that allows for water-based adhesives that still provides the squishy and smooth material with a little bit of stretch. Specific to all neoprene, Neogreene uses 25% less electricity and 25% less petroleum to produce. 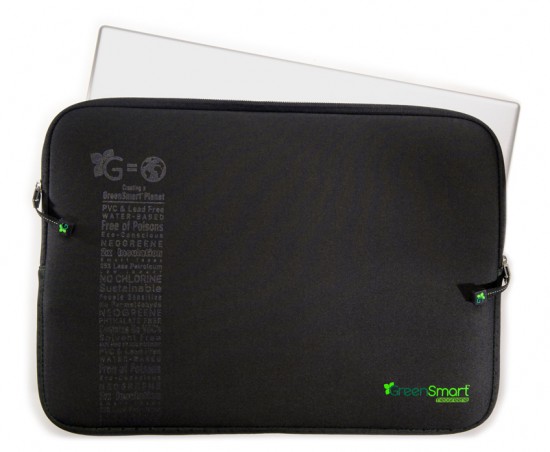 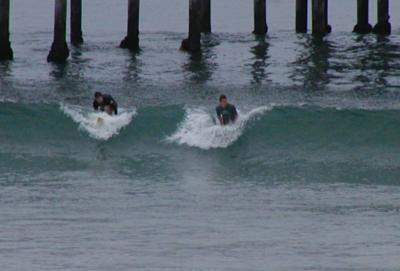 The Chic Ecologist Himself surfing on a small day in San Diego, CA

When looking for the ‘greenest’ wetsuit out there, I would have to point to Patagonia as the most eco-friendly outerwear brand, leading the way in eco friendly wetsuits.

Using the limestone base, recycled materials, chlorine-free wool, recycled polyester, PVC-free kneepads and thinner neoprene layers (replaced by merino wool, therefore adding warmth), these really are the most environmentally responsible choice currently on the market. Hopefully, in the near future, there will be new developments in green materials that will someday replace neoprene altogether.