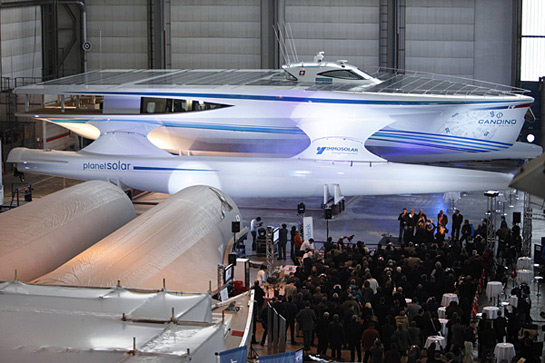 Just unveiled in Germany, this Swiss built catamaran dubbed PlanetSolar is the largest of its kind with over 5,000 sqft of solar paneling covering most of the surfaces. With a top speed of 15 knots (17 miles per hour), this 66-ton boat carries 50 people with its crew of two. It’s 38,000 newer generation photovoltaic cells have an efficiency of at least 22% to help with converting the suns rays to turning the propeller. It’s no Code-X speed boat, but it is probably more efficient and practical.

Sticking to routes near the equator, the crew hopes to maximize the suns exposure to keep their average speed at 8 knots. They will be embarking on a 140 day voyage to cities like San Francisco, New York, Darwin (Australia), Hong Kong, Singapore, Abu Dhabi and Marseille. Maybe they could stop by the Pacific trash gyre on the way over. 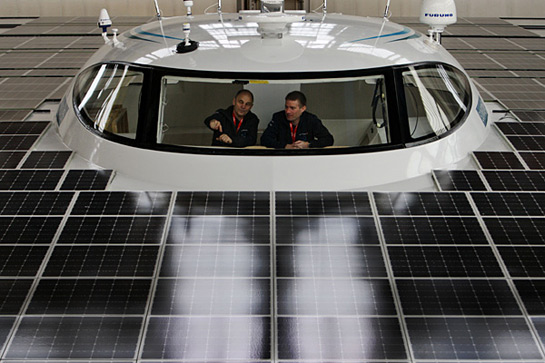 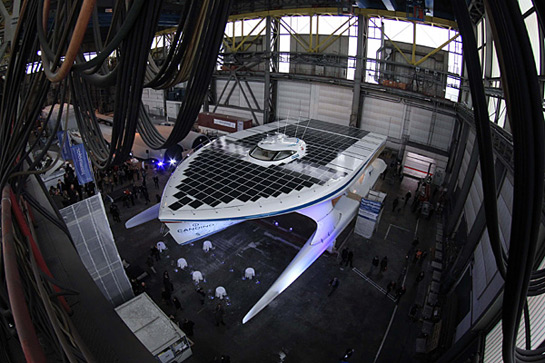